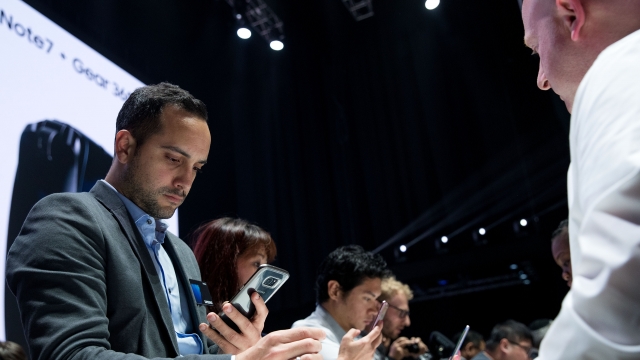 Remember those exploding "hoverboards" from a few months ago? Well, now phones are exploding. Galaxy Note 7s are literally bursting into flames.

The latest model in the Samsung lineup is having some problems with its battery: The phones are spontaneously catching fire when they charge.

So Samsung is recalling every single one of them.

SEE MORE: Samsung's Next Smartphone Might Fold To Fit In Your Pocket

The phones went on sale in early August. Since then, more than two dozen phones were said to have caught fire.

Which means less than .1 percent of phones have had a problem, according to Samsung. Still, the company says it will replace the batteries.

Samsung also reportedly supplies batteries and other components for Kiwano, an all-terrain smart-scooter that hit the market earlier this year.

And the designer of those scooters certainly heard about the "hoverboard" explosion fiasco. So in March, he said the Kiwano will be the first scooter in the U.S. to abide by all safety standards.

So far, we haven't heard any reports of a Kiwano exploding.