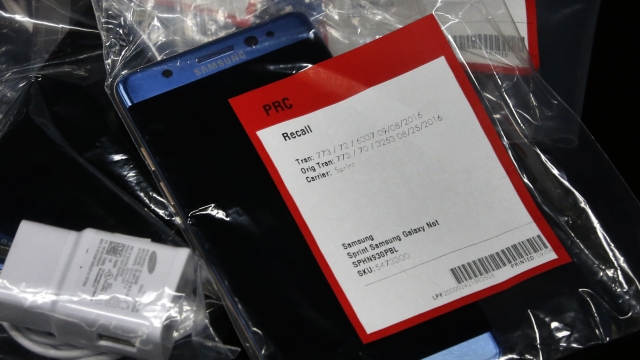 If you're watching this video on a Samsung Galaxy Note 7, you should probably turn off the phone and stick it in your fireplace.

The U.S. Consumer Product Safety Commission announced a recall for about a million Galaxy Note 7s sold in the U.S. because the phone's lithium-ion battery can overheat and catch on fire.

Samsung received 92 reports of the phone batteries overheating, dozens of which caused injuries and property damage.

Samsung issued a recall earlier in September, but it's been anything but smooth. It took nearly two weeks to coordinate the recall with the U.S. government. In the meantime, Samsung's market value plummeted by billions of dollars.

Caught in the middle are people like a Florida man who said he didn't hear about the recall until after his phone exploded and the flames spread to his jeep, destroying the vehicle.

Consumers have until Sept. 21 to exchange the phone. A CPSC spokesman said roughly 97 percent of Galaxy Note 7 phones sold in the U.S. should be eligible for a refund. You can visit Samsung's website to see if your phone qualifies.