Samsung Isn't Having Any Trouble Selling The Gear VR 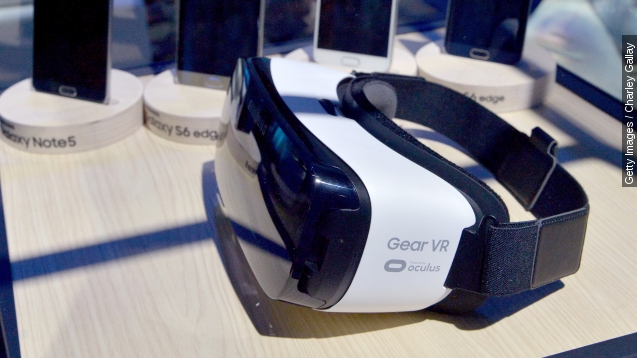 SMS
Samsung Isn't Having Any Trouble Selling The Gear VR
By Matt Picht
By Matt Picht
November 21, 2015
Samsung's attempt at mobile VR is on sale in the U.S., and it's already selling out at Amazon and Best Buy.
SHOW TRANSCRIPT

The Samsung Gear VR is finally on sale in the U.S., and at just $99 it's the perfect price to really experience — whoops, too late they're selling out.

Both Amazon and Best Buy quickly went through their initial stock of the headsets: at time of writing, Samsung's official store is the only place to order the device.

It's an auspicious start for a gadget that faced a few headwinds on launch day: for one, its customer base is limited to people who own Samsung phones. For two, it's closest current competitor costs about $10-15.

But reviewers have noted that Samsung's device strikes a nice middle ground in the VR race: offering a smoother and more immersive experience than Google Cardboard, without the prohibitive price tag of an Oculus or HTC headset.

Plus, Samsung put out their product at the start of the holiday shopping season, which will probably give it a bit of a leg up on the competition.

If you're having trouble finding the device online, Samsung has set up VR demo stations at some Best Buy and AT&T stores around the country.

This video includes images from Getty Images and Othree / CC BY 2.0.