Sam Champion Is Coming Back To 'Good Morning America' — Temporarily 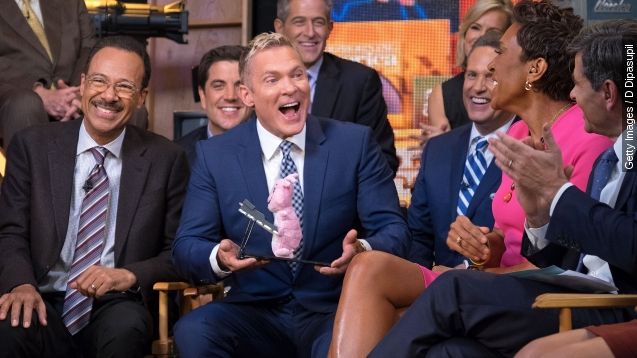 Ginger Zee, the ABC show's current meteorologist, replaced him. But now she's on maternity leave, and she needed to call in a favor:

"He's amazing! You know what I was thinking, Sam? Since I'm on maternity leave and all, maybe you could cover me and the weather on GMA?" Zee asked Champion.

While we'll miss Ginger, we're excited to have that Sam Champion laugh back, even if it's only for a brief time.

Ginger joked that her son, Adrian, keeps her busy with those fun newborn things like vomiting and stinky diapers. And she did put Champion in charge of one other important task:

She asked him to keep track of all of anchor Lara Spencer's puns while she's gone.