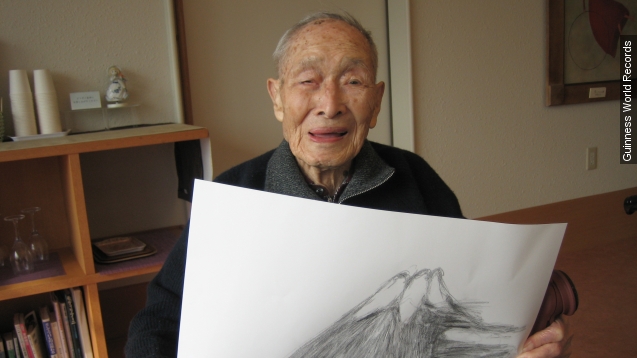 The world’s oldest man has died at the age of 112.

Japanese supercentenarian Sakari Momoi was a father of five and a former a high school principal. He was born on February 5, 1903. (Video via BBC)

For some perspective, that same year Teddy Roosevelt was president, the Wright Brothers flew their debut flight and baseball’s first official World Series was held.

The previous record holder, 111-year-old Alexander Imich, died just over a year ago in New York. (Video via WNBC)

As for Momoi and the secret to his longevity? He credited a healthy diet and lots of sleep.

That title goes to Brooklyn resident Susannah Mushatt Jones who recently celebrated her 116 birthday. She goes by “T” — short for Auntie — to her 100 nieces and nephews. (Video via WABC)

This video includes images from U.S. Library of Congress and UCinternational.