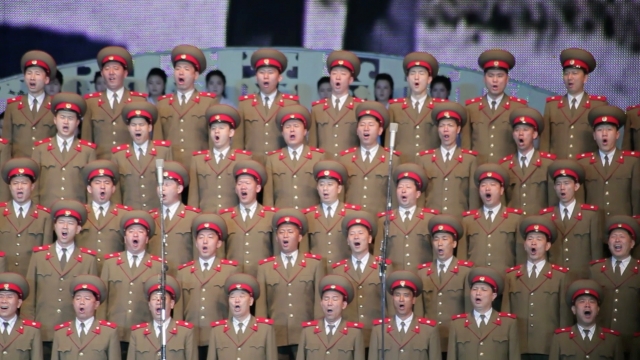 The latest meeting between South Korea and the U.S. focuses on human rights violations in North Korea.

That's not unusual, but this time the U.S. envoy's visit follows the passing of a new South Korean law that puts human rights for North Korean citizens front and center.

The law involves tracking all of the North Korean regime's human rights offenses and providing money to aid organizations.

The human rights bill has been in the works since 2005. Opponents worried it would worsen relations between the two countries. But the bill passed with no votes against it.

And after South Korea's bill was passed, the United Nations said, "Accountability for crimes against humanity must be an integral part of any discussion about the future of the Korean peninsula, including the scenario of a peace treaty."

The human rights meeting takes place in the middle of U.S.-South Korean military exercises. North Korea has reacted to those exercises by firing test missiles and pledging to make more nuclear weapons.

This video includes clips from Korean Central Television, Arirang, United Nations and images from Getty Images and The National Assembly of the Republic of Korea.