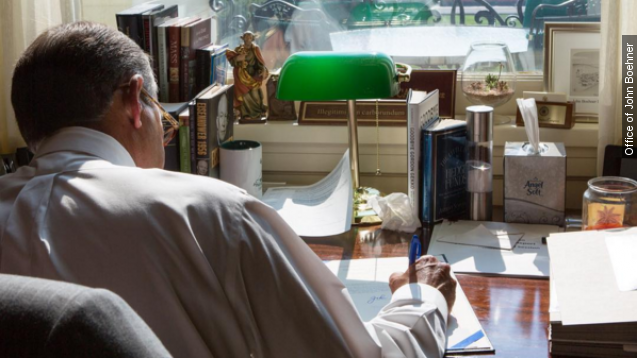 "You know when you ever go to a hotel room or get a rental car that has been smoked in? That's what this smells like," said newly elected Speaker Paul Ryan.

Boehner is a pretty unapologetic smoker.

You can't smoke on the floor of the House, as of 2007, but smoking is allowed in offices.

Which is bad news for Ryan. He has a habit of sleeping on a cot in his office.

But he has a plan to deep clean his new office.

"They have these ozone machines that you can detoxify the environment, but I'm going to have to work on the carpeting in here," said Ryan.