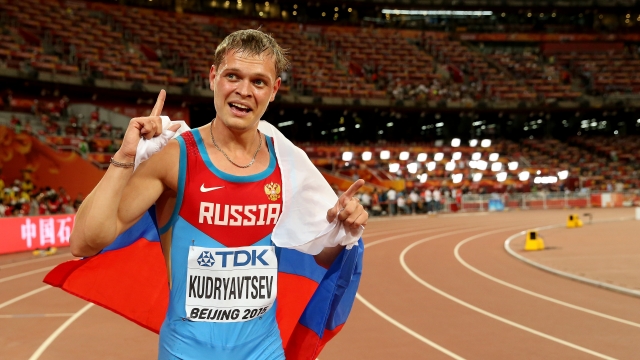 SMS
Russian Track And Field Athletes Are Still Banned From Rio Olympics
By Matt Moreno
By Matt Moreno
July 21, 2016
With about two weeks until the Olympics, the Court of Arbitration for Sport turned down Russia's appeal.
SHOW TRANSCRIPT

Russia's last chance at getting its track and field athletes to the 2016 Summer Olympics has been rejected.

The Court of Arbitration for Sport turned down the Russian team's appeal to compete in Rio de Janeiro in roughly two weeks. The country was trying to get 68 athletes not accused in the statewide doping scandal to the games.

The Kremlin said in a statement: "We can only express our deep regrets. The news is not too good, and we certainly will have to analyze the situation."

This decision means high jumper Darya Klishina, who was cleared to compete as an independent, will be the only track and field representative from Russia.

This decision could affect another expected to be handed down on Sunday regarding the entire Russian Olympic team.

Earlier in the week, the World Anti-Doping Agency urged Olympic officials to ban the nation shortly after an investigation found the state-sponsored doping went far beyond the track and field team.

This video includes clips from RT and NBC Sports and images from Getty Images.