Russian Parliament OKs Use Of Military Force In Syria 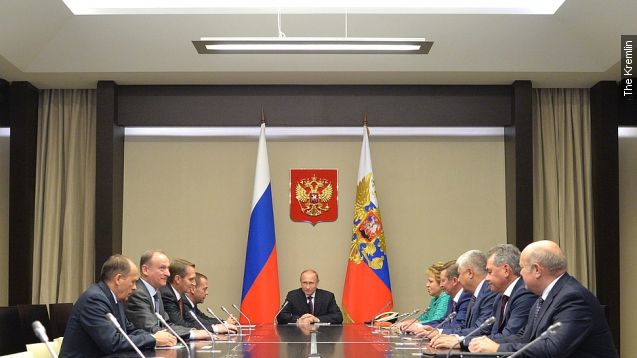 Russia is now fighting in Syria.

On Wednesday, the Russian parliament gave President Vladimir Putin authorization to use military force in Syria "on the basis of universal principles and norms of international law."

Russia has already been building up forces in Syria over the past few weeks. (Video via YouTube / Кристина Волкова)

The goal being to both prop up the embattled regime of Syrian President Bashar al-Assad and fight terrorist groups like ISIS.

But videos are starting to appear online from rebel-controlled parts of central Syria. They claim to show the aftermath of airstrikes from Russian planes — not on ISIS positions, but rebel positions.

President Putin spoke in front of the United Nations on Monday, calling for cooperation with Assad's regime against ISIS.