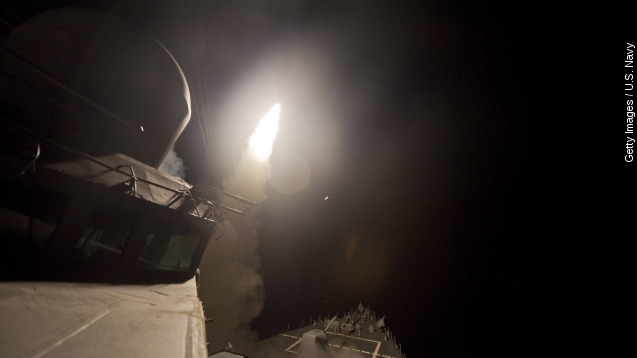 According to U.S. officials, four Russian missiles aimed at Syria have crashed in Iran. (Video via Russian Ministry of Defense)

Iran's Fars news agency first reported the crash, but neither Russian nor Iranian officials have confirmed the strike. (Video via CBS)

CNN says officials don't know exactly where the missiles landed or whether there were any casualties.

Russian ships have been stationed in the Caspian Sea as part of the country's effort to target all "terrorists" in Syria. Russia maintains its military actions are focused on stopping ISIS, though critics say the country is hitting mostly non-ISIS targets so far. (Video via BBC)

Russian President Vladimir Putin has stressed the importance of cooperation in fighting ISIS, but Carter's not buying it. "Despite what the Russians say, we have not agreed to cooperate with Russia so long as they continue to pursue mistaken strategies and hit these targets," he said. (Video via Fox News)