Russian Hackers Went After The DNC — To Get To Trump 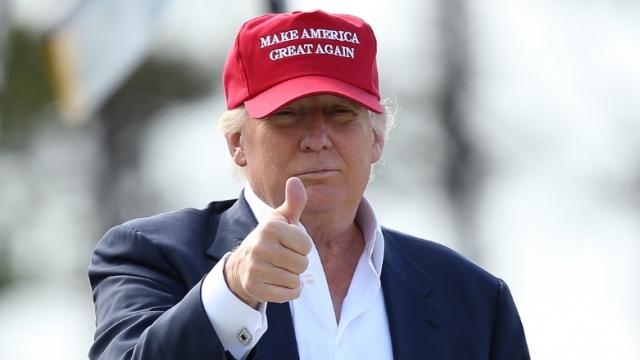 SMS
Russian Hackers Went After The DNC — To Get To Trump
By Katie Link
By Katie Link
June 14, 2016
The Democratic National Committee says all donor and personal information appears to be safe.
SHOW TRANSCRIPT

The Democratic National Committee has been hacked. And two culprits — "Cozy Bear" and "Fancy Bear" — are responsible.

Those are the code names given to the well-known groups of hackers believed to be tied to the Russian government. These groups have previously gained access to networks in the White House, State Department and other government entities.

But it seems the bears — or the Russian hackers — weren't just looking to glean information about the Democratic Party in the latest hack.

According to The Washington Post, which originally broke the story, at least one of the hacker groups was going after opposition research on Donald Trump.

In April, the DNC was reportedly tipped off that outsiders had access to their systems. Cybersecurity firm CrowdStrike confirmed the DNC's suspicion. According to the firm, the intrusion dates back to the summer of 2015.

He said: "There's an amazing adversarial relationship. ... We have seen them steal assets from one another, refuse to collaborate. They're all vying for power, to sell Putin on how good they are."

But since opposition research is usually designed to be made public anyway, it's unclear how much valuable info Russia will really take home on Trump. The DNC says all donor and personal information appears to be safe.

The DNC chair said: "The security of our system is critical to our operation and to the confidence of the campaigns and state parties we work with. Our team moved as quickly as possible to kick out the intruders and secure our network."