Russian Forecaster: Lovely Day For A Bombing Run In Syria 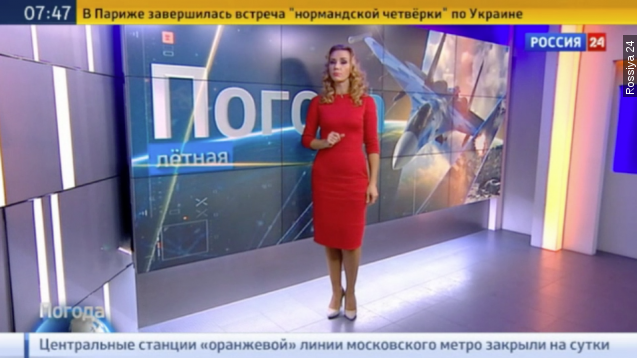 Russia has made more than 100 bombing runs over Syria. And a forecaster for Russian state TV says the weather is great for it.

"Now back to one of the biggest stories of the week," a Rossiya 24 forecaster said. "Russian air operations in Syria are continuing. And experts say the weather conditions are excellent for it. October in Syria is a great month for flying. The average wind speed is 2.4 meters per second with strong gusts just once in the month, and it only rains once every 10 days."

A little strange for anyone used to weather reports being a bit lighter.

Russian state media coverage of intervention in Syria has been overwhelmingly (and unsurprisingly) positive, despite the fact that only 14 percent of Russians wanted intervention in a recent poll.