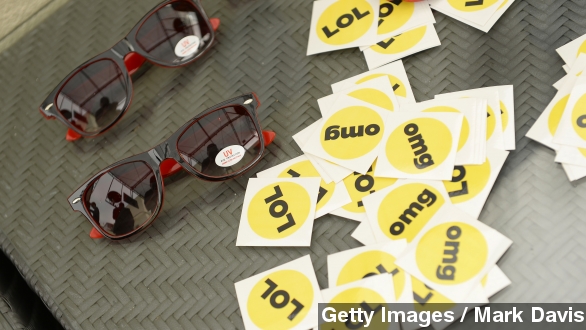 Ok, so the outlet isn't actually banned yet. Buzzfeed posted this notice from the country's communication agency to their site Friday, which faults the site for posting prohibited content in a story published Wednesday.

The content in question involved Buzzfeed's reporting on an attack by Islamist militants in Russia's troubled Chechnya region, which killed 19 people. The site included video from the rebel's media center, which is blacklisted in Russia.

Twitter reactions to the news were mostly congratulatory, suggesting running afoul of Russia's media censors was a sign the outlet was doing "real journalism."

And Buzzfeed's certainly in good company; this week, Russian censors briefly banned video-sharing website Vimeo after a user uploaded Islamic extremist propaganda to the site. The agency also hit Github for a post which the censors claim promoted suicide.

A Russian court also banned lyrics and art from the metal band "Cannibal Corpse" this week, which isn't really related to media censorship, but is also just kind of funny.

And while the Kremlin might not approve of Buzzfeed's newsgathering, they've certainly picked up some of the site's techniques.

Case in point: Sputnik, the newest arm of Russia's state-run media machine, which has often been compared to Buzzfeed in appearance and tone.

Buzzfeed says the video has been removed from the site, but their original post is still up. It's unclear whether Russian authorities will still block the outlet for keeping their story up, despite the fact that the offending content has been removed.