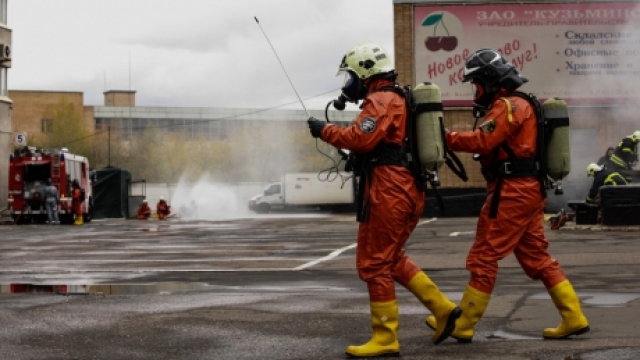 To say there is tension between Russia and the U.S. is an understatement. Apparently Russia isn't taking any chances —  it has been preparing for nuclear war situations.

The Wall Street Journal even reported Tuesday, "At the Kremlin's Ministry of Emergency Situations, the Cold War is back." The paper said Russia conducted its largest round of disaster-preparation drills since the collapse of the Soviet Union.

According to the Russian Emergency Situations Ministry, over 40 million people participated in the four days of drills.

The drills took place early this month and consisted of three stages: organization of civil defense actions, deploying teams to respond to large disasters and fires, and the organization of forces responding to disasters in the field.

They included setting up biological, chemical and radiation monitoring centers as well as running through how to protect people from those types of emergencies.

The report comes as the relationship between the U.S. and Russia has become more strained.

SEE MORE: Russia And US Spar Over Coalition Airstrike Accident

Last month, the U.S. and Russia brokered a Syrian cease-fire but ended up blaming each other for violating it. A U.S. airstrike meant to kill members of ISIS killed Syrian troops instead. The airstrike led to a war of words between American and Russian officials at the United Nations.

Let's not forget the U.S. has publicly blamed Russians for hacking the emails of U.S. politicians and political groups to influence the outcome of the upcoming election.