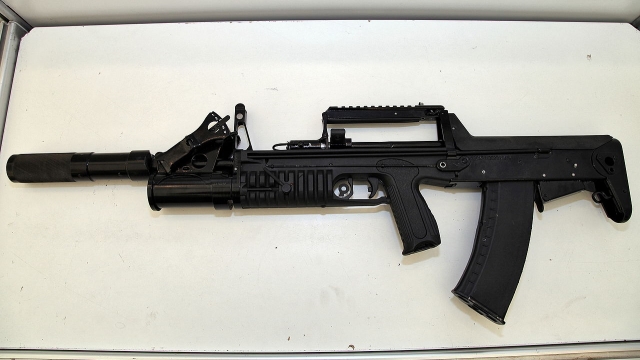 SMS
Russia's Path To Perfecting The Underwater Firearm
By Jake Godin
By Jake Godin
February 15, 2016
Russia's been working on underwater firearms since at least the 1970s. Here's how far it's come.
SHOW TRANSCRIPT

As War is Boring notes, Russia's been working on a solution for a few decades.

The first attempt in the '70s eventually produced the SPP-1M, a pistol with four barrels that shoots long, dart-like bullets.

Then came the APS, an automatic rifle that also shoots bullets resembling darts.

Both worked underwater. But because of the ammo, both had horrible range on land.

So Russia came up with a new gun: the ADS.

It uses different bullets and can be fired above ground and underwater.

When it comes to underwater firearms, Russia's pretty much on top.

This video includes clips from The Kremlin and an image from Vitaly V. Kuzmin / CC BY SA 3.0.