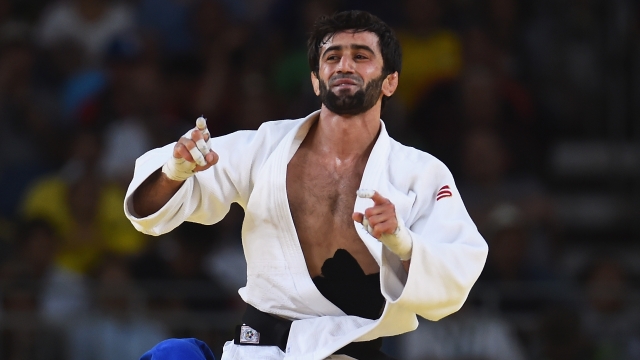 SMS
Can Russian Olympic Success Overshadow Its Doping Scandal?
By Eugene Daniels
By Eugene Daniels
August 6, 2016
Until about a week ago, the country was unsure whether its athletes would be eligible to participate in the games.
SHOW TRANSCRIPT

Russia is typically a juggernaut at the summer Olympics; since 1996, the country has always landed in the top four in the medal rankings by the end of competition. But this year, a massive doping bust has left Russia with a smaller team and a big scandal hanging over its head.

The majority of stories about Mudranov have at the very least mentioned Russia's state-sponsored doping. And it makes sense: It wasn't all that clear until about a week before the games whether the entire country would be banned from participating.

An independent investigation in July found Russia's illegal doping program involved multiple sports and that the government had attempted to cover it all up. A whistleblower who ran the country's anti-doping lab said he designed a cocktail to help athletes recover faster during the Sochi Olympics.

The ban could continue to impact Russian athletes for years to come. The country could still be banned from the 2018 Winter Olympics.

This video includes images from Getty Images and clips from CCTV, RT, BBC and NBC.