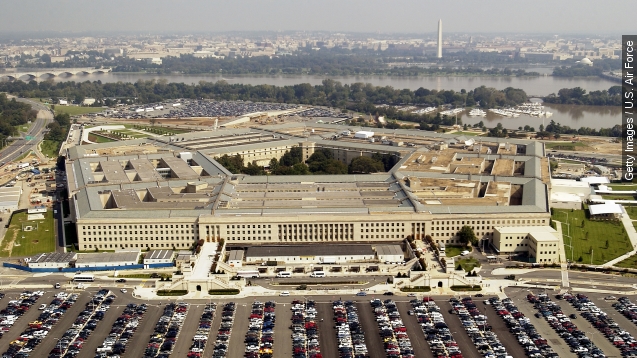 SMS
Russia Reportedly Behind Latest US Government Cyberattack
By Leah Becerra
By Leah Becerra
August 6, 2015
U.S. officials say Russia is behind a cyberattack against the Defense Department in late July that affected about 4,000 government email accounts.
SHOW TRANSCRIPT

A cyberattack has left the Pentagon scrambling and about 4,000 Defense Department workers without email.

It's not clear if this attack, which happened around July 25, was authorized by the Russian government, but one U.S. official told CNBC, "It was clearly the work of a state actor."

Last month, the Pentagon had its hands full after another Russian hacking group's virus targeted Defense Department computers through a phishing scheme.

These attacks are described as requiring extremely advanced technology to be carried out. Officials say no classified information was compromised in this most recent attack.