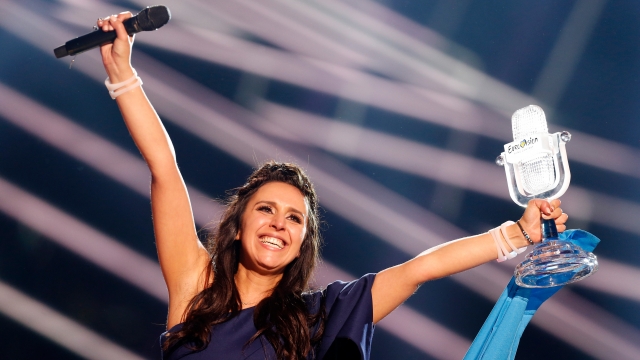 As if relations between Russia and Ukraine weren't already strained enough, another war could be brewing. Not over Crimea, but the world's largest song competition.

Ukrainian singer Jamala beat out performers from 41 other countries at the Eurovision Song Contest on Saturday. She joins the ranks of previous winners ABBA and Celine Dion.

The 32-year-old performed her song,"1944," which is about Soviet dictator Josef Stalin's mass deportation of Tatars from Crimea during World War II. Jamala has said the song was inspired by her great-grandmother's experience.

But Russia claims the song violates contest rules because it's political.

Russian leaders have criticized the contest before. In 2013, Russian Foreign Minister Sergey Lavrov complained after Azerbaijan didn't give Russia any points when Russia awarded them the maximum number of points.

Russia's contestant was the favorite to win this year, which would've meant they'd get to host next year's competition.

Instead, 2017's Eurovision Song Contest will be hosted by Ukraine.