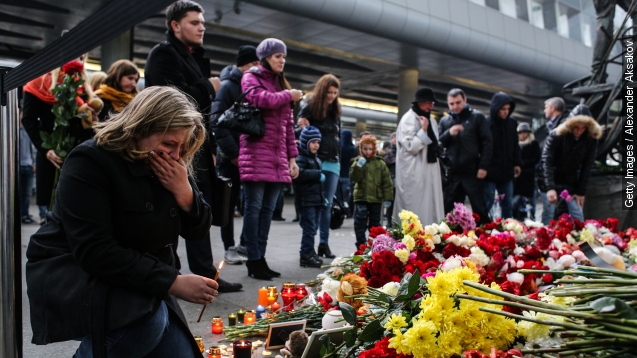 Russia confirmed for the first time Tuesday a homemade bomb caused the Metrojet passenger plane crash over the Sinai Peninsula in Egypt last month, killing all 224 people on board.

"An improvised explosive device equivalent of up to 1.5 kilograms of TNT went off during the flight. I can therefore unequivocally say that this was an act of terrorism," said Alexander Bortnikov, the head of Russia's Federal Security Service.

Originally, Russia had rejected the explanation when British and American intelligence agencies proposed it days after the Oct. 31 crash. (Video via ONtv)

Two employees of the Egyptian airport where the plane took off have since been detained.

In a meeting with security and foreign affairs officials, Russian president Vladimir Putin said, "This is not the first time Russia experienced barbaric terrorist crime. ... We remember everything and everyone."

ISIS claimed responsibility for the attack.

The Islamic militant group has said the bomb was retaliation for Russia deploying its military in Syria. (Video via Russian Ministry of Defense)

Putin said not only will Russian airstrikes not stop, they will intensify.