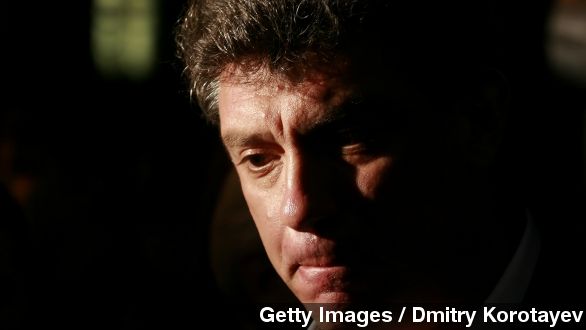 Russia has arrested two men in connection with the murder of Boris Nemtsov.

Both are reportedly from the North Caucasus — an unstable region where Russia has been fighting Islamist militants for decades.

That’s all Russia will say about the two men. It’s unclear if either is accused of actually fatally shooting Nemtsov as he walked across a bridge near the Kremlin in late February. (Video via Tonia Samasonova)

Since his murder, the Kremlin and Kremlin-friendly media have offered various explanations for who might be to blame, including Islamic extremists or Western intelligence services.

But many opposition members say President Vladimir Putin was involved, either directly or indirectly. (Video via Kremlin)

They point to the long list of his critics who also died in highly unusual circumstances.

Nemtsov's daughter stopped short of blaming Putin but did say her father's death was politically motivated.

“Russia has crossed the line after this murder and people will be frightened to express ideas contrary to the official standpoint,” Zhanna Nemtsova told CNN.

Nemtsov, once a deputy prime minister, was one of the government's fiercest critics and had been arrested several times for speaking out.

He planned to lead a anti-war rally the weekend of his death. Instead, tens of thousands marchers turned the event into a tribute to the fallen leader. (Video via Newcaster.TV)