Russia And US Spar Over Coalition Airstrike Accident 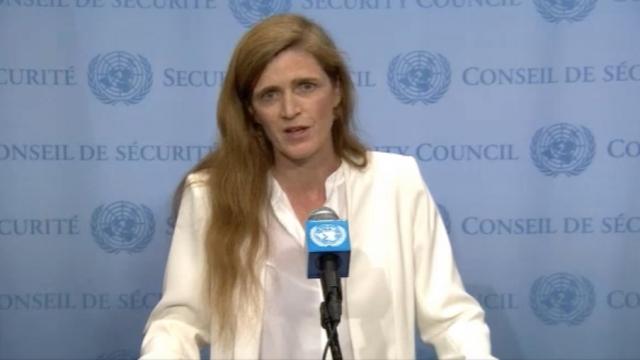 SMS
Russia And US Spar Over Coalition Airstrike Accident
By Matt Picht
By Matt Picht
September 17, 2016
Russia has accused the U.S. of intentionally supporting ISIS; the U.S. says Russia's being a hypocrite.
SHOW TRANSCRIPT

The U.S. is expressing its condolences for a coalition airstrike that is believed to have killed Syrian soldiers by mistake.

"That was not our intention, and we of course regret the loss of life," U.S. Ambassador to the United Nations Samantha Power said.

SEE MORE: Another Cease-Fire Begins In Syria — Will This One Last?

U.S. Central Command says the airstrike was meant to hit ISIS targets near the Syrian city of Deir ez-Zor and was immediately halted after Russian officials said the U.S. might be striking Syrian soldiers.

The Syrian Observatory for Human Rights reports at least 83 regime soldiers were killed and at least 120 wounded in the attack.

Russia is taking full advantage of the opportunity to call out the U.S. — one general slammed the U.S. for not coordinating with Russia, and Russia's Ministry of Foreign Affairs spokeswoman accused the U.S. of intentionally protecting ISIS.

Russia even convened an emergency meeting of the United Nations Security Council to discuss the strike — something Power didn't take kindly to.

Power told the press, "Even by Russia's standards, tonight's stunt ... is uniquely cynical and hypocritical. Since 2011, the Assad regime has been intentionally striking civilian targets with horrifying, predictable regularity."

SEE MORE: Countries Race Tanks At These Games In Russia

This incident happened just a few days before Russia and the U.S. were slated to begin more intensive military collaboration in Syria. That's thanks to a rather shaky cease-fire in the region.