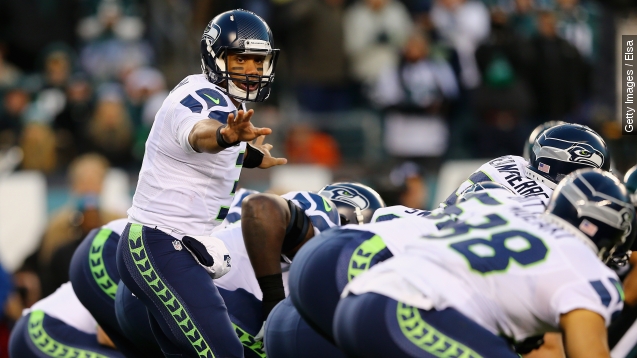 Seattle Seahawks quarterback Russell Wilson’s success cannot be denied. But has he been helped along by ... drinking miracle water?

Wilson says he drinks what’s called Reliant Recovery Water, a product Wilson himself invests in. In a profile published Wednesday in Rolling Stone, Wilson claims drinking it helped him fend off concussions. (Video via The Players' Tribune)

The Super Bowl champion quarterback is quoted as saying, “I banged my head during the Packers game in the playoffs, and the next day I was fine. … It was the water.” He also said a teammate of his had his leg injury cured by drinking the beverage.

The water’s claim to fame is what its company calls ...

Yes, Nanobubbles, tiny particles in the water the company says are “scientifically proven” to maximize recovery at the cellular level.

To prove the water is worth its $3 price, the company points to a study conducted by Seattle Performance Medicine that concludes drinking the water could reduce muscle fatigue among fit adult men.

The claims in that study, which was funded by Recovery Water’s parent company, are a far cry from healing concussions and fixing serious leg injuries. They’re more along the lines of feeling good after a workout.

But that doesn’t stop Wilson. After Rolling Stone’s profile was published, he posted to Twitter assuring everyone he meant what he said, even throwing in a #NanoBubbles for good measure. (Video via ABC)

Wilson’s claims don’t just appear outlandish, though. They could also be legally dicey. Pro Football Talk points out if a company can't make a claim about a product, neither can a celebrity endorser like Wilson.

In any case, Wilson will be looking to back up his claims on the football field. The Seahawks’ season officially begins Sept. 13.