Russell Westbrook Is Re-signing With The Oklahoma City Thunder 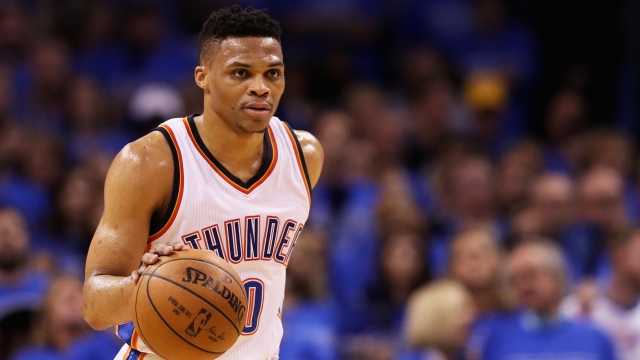 SMS
Russell Westbrook Is Re-signing With The Oklahoma City Thunder
By Matt Moreno
By Matt Moreno
August 4, 2016
Westbrook and the Thunder have reportedly agreed to a three-year deal, which is huge after the team lost Kevin Durant to the Golden State Warriors.
SHOW TRANSCRIPT

Russell Westbrook won't be pulling a Kevin Durant and defecting to another team.

Westbrook and the Oklahoma City Thunder have reportedly agreed to a three-year, $85.7 million deal. Westbrook will now earn the max $26.5 million next year, and the league max the two years after that.

For the Thunder, getting a deal with Westbrook was kind of a do-or-die situation.

With Durant spurning the team to join the evil empire out west, it was tough to tell if Westbrook would stick around past this season or do the same and go to a team that's already built to win.

Not to say that the Thunder aren't built to win, but it's tough to imagine a championship matchup outside of the Golden State Warriors and Cleveland Cavaliers.

Westbrook now takes charge of a Thunder franchise that's made the playoffs six of the last seven seasons but is still without an NBA championship since it moved from Seattle to OKC in '08.

This video includes clips from The Oklahoman and Foot Locker and images from Getty Images.