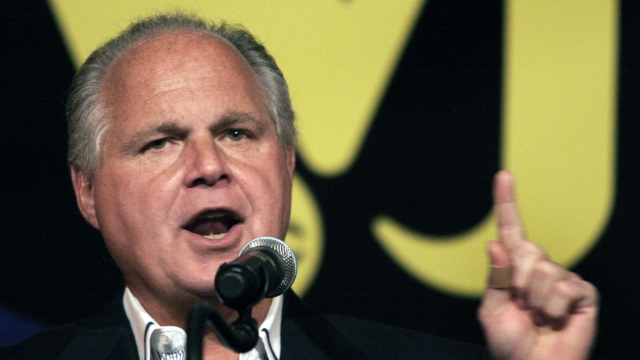 "If you're really serious about how bad things are but you can't find yourself to oppose Hillary Clinton, then you're worthless. That's what this is essentially saying, but in 10 pages. It's great."

In it, the anonymous author does the same thing as Limbaugh, hitting intellectuals on the right for not getting behind Trump and possibly helping Hillary Clinton get elected. The article says a "Clinton presidency is Russian Roulette with a semi-auto. With Trump, at least you can spin the cylinder and take your chances."

The author, and Limbaugh, also go on to critique the idea of conservatism as a whole. Arguing that years of stalwart conservatism haven't produced much, they say maybe Republicans should give Trump a chance.

One of the biggest arguments against Trump during the primary was that he isn't actually a conservative and he doesn't believe in the core principles of conservative thought.

And that's not exactly wrong. Trump's views can sometimes be either completely out of step or at least at odds with mainstream conservative values on issues ranging from entitlement reform to his flip-flop on the minimum wage.

But despite conservatism being the foundation of the current GOP, Trump won the party's nomination. And that means voters don't seem to be looking for a textbook conservative candidate — they did pass on Ted Cruz, after all.

No matter what happens during this election, the GOP will have to decide whether it continues to fight its base on what it wants or to continue Trump-ism and everything that means.