Rumor Has It Adele's New Album Will Be Out By Thanksgiving 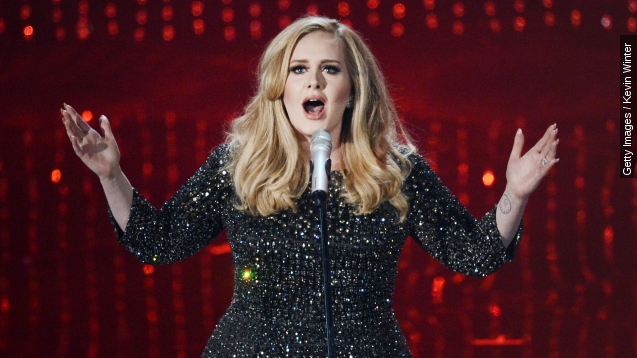 SMS
Rumor Has It Adele's New Album Will Be Out By Thanksgiving
By Briana Koeneman
By Briana Koeneman
September 23, 2015
After making us wait for more than four years, rumor has it Adele is finally ready to bless the world with a new album.
SHOW TRANSCRIPT

After making us wait for more than four years, rumor has it Adele is finally ready to bless the world with some new music.

According to several reports out Wednesday, we'll be rolling in the deep of Adele's latest album before Thanksgiving. (Video via XL Recordings / Adele)

The music gossip site HITS reports the follow-up to her 2011 blockbuster "21" will be released Nov. 20, but there's been no official confirmation from Adele or her camp as of yet.

And, truth be told, that makes us a little nervous.

Remember last May, when Adele teased an album titled "25" for later in the year?

Yeah, that clearly didn't happen. And we've been hesitant to get our hopes up ever since. (Video via XL Recordings / Adele)

Still, the Internet couldn't help but freak out at this newest lead. We've never seen so many all-caps tweets and emojis in one place.

We can't blame them, though. According to Billboard, Danger Mouse, Max Martin, Tobias Jesso Jr. and OneRepublic's Ryan Tedder have all lent a helping hand to Adele's newest masterpiece.

And since "21" sold 30 million copies, won seven Grammys and is still on the Billboard 200 chart — seriously, it is — we're guessing the next album will be even better, whenever it comes out. (Video via CBS / "Late Show with David Letterman")