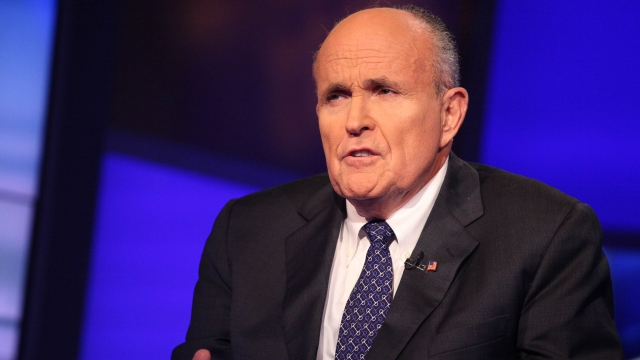 Giuliani was questioning why the movement fails to react in the wake of murders at the hands of other black people — but now many are questioning where he got that statistic.

He's shared this statistic before. In a 2014 "Meet the Press" interview, he said, "I find it very disappointing that you're not discussing the fact that 93 percent of blacks in America are killed by other blacks."

That comment was in response to the deadly police shooting of a black teen in Ferguson, Missouri. That time, he got the numbers right — at least according to a report from the Bureau of Justice Statistics.

But all of that is beside the point. His basic message is technically true — that more black people die at the hands of other black people than at the hands of, say, white police officers. But it ignores a point of consideration Yale University law professor Stephen Carter explains like this: "The lives of blacks killed by blacks are no less precious than those of blacks killed by whites; but the symbolism, the relationship of image to history, is different."

Worth noting: According to the FBI's numbers, 82 percent of white victims are killed by other white people.