Remember Ruby Tuesday? It's Closing 95 Of Its Restaurants 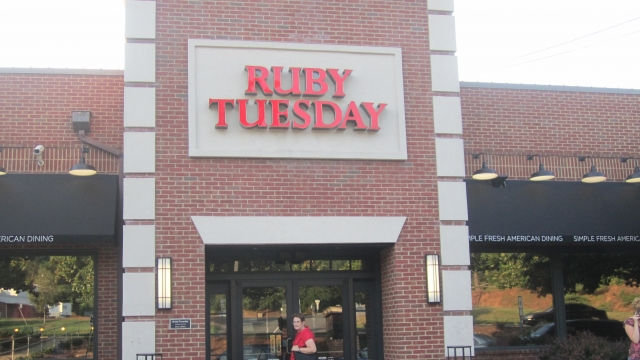 Has it been awhile since you've been to a Ruby Tuesday? Well, then, you're part of the reason 15 percent of its restaurants are closing.

The chain announced 95 of its most underperforming locations will close next month. According to a press release, Ruby Tuesday identified those restaurants by doing a review that looked at location, sales and the position in the market.

SEE MORE: Can Closing 300 Stores Save Office Depot From Demise?

In a statement, the CEO said, "Performance at each of these locations, despite the loyalty of valued guests and the efforts of our dedicated employees, was not meeting expectations." He said the closures will "improve our financial profitability and ultimately create a stronger Ruby Tuesday for the future."

The closing stores haven't been identified, but full-time and part-time employees working at those stores will be offered jobs in any nearby Ruby Tuesdays when possible. As it closes doors, the company will start to focus more on better food and drink options and using media to get the word out, including focusing more on women and young families.

The closures aren't a surprise at all. The company just sold all of the restaurants in its offshoot, Lime Fresh Mexican Grill, in June. And its fourth quarter saw a decline of 3.7 percent in sales, which equals out to $27.6 million in earnings.

The CEO blames that on "softness in the casual-dining industry" and better media activity by its competitors.