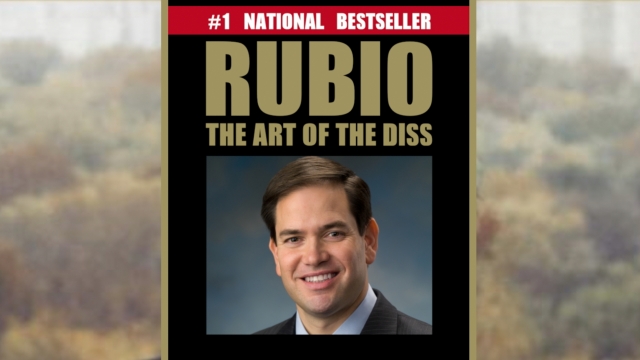 SMS
Rubio's Art Of The Diss Targets Trump
By Zach Toombs
By Zach Toombs
February 29, 2016
The candidates have traded personal barbs in the past few days.
SHOW TRANSCRIPT

"It's amazing to me that a guy with the worst spray tan in America is attacking me for putting on makeup," Marco Rubio said at a rally.

Rubio loves rap music. And it looks like he picked up something from it: namely, the art of the diss.

"He asked for a full-mirror. Maybe to make sure his pants weren't wet."

"Trump likes to sue people. He should sue whoever did that to his face."

"You all have friends thinking about voting for Donald Trump. Friends do not let friends vote for con artists."

"He bankrupted a casino. How do you bankrupt a casino? The house always wins."

"I'll admit, he's taller than me. He's like 6'2", which is why I don't understand why his hands are the size of someone who's 5'2". Have you seen his hands? And you know what they say about men with small hands: You can't trust them."

"He would be the oldest president ever elected, and it's an eight-year term, so you start to worry."

Trump had a zinger of his own.

It's all very mature.