Rubio's Absence From Conservative Event Paints Target On His Back 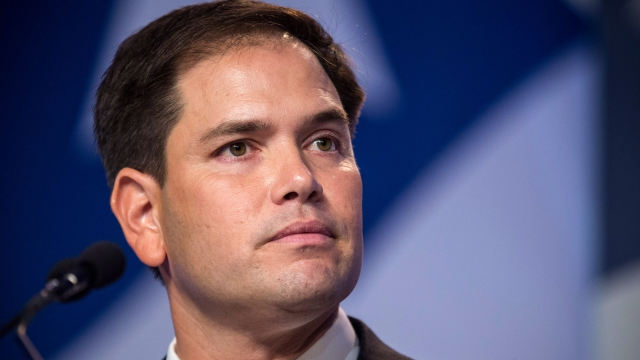 Critics are calling out Marco Rubio for skipping a conservative speaking event.

"Marco Rubio, can you raise your hand? He was supposed to be here. Probably went to McDonald's," said Conservative Review Editor-in-Chief Mark Levin.

Rubio had agreed to attend the event hosted by the Conservative Review but ended up bailing at the last minute.

Members of Ted Cruz's campaign jumped on Rubio's absence. One spokesman said, "This is a final admission that Marco Rubio isn't even going to try to compete for the votes of conservatives in South Carolina or anywhere else."

The Rubio campaign said a scheduling issue was the reason he wasn't able to make it. He reportedly tried to have someone else speak on his behalf, but the event's organizers said no.

BuzzFeed notes that most of the event's attendees appeared to be Cruz supporters with a smaller portion favoring Ben Carson. Cruz and Carson were the only two candidates at the event, and some speculated that might've been the reason behind Rubio's absence.

The criticism from Cruz's campaign came the same day his team admitted to doctoring an image to look like Marco Rubio shaking hands with President Obama.

This video includes an image from Getty Images and clips from Conservative Review, Marco Rubio For President, Cruz for President and Carson America.