Rubio Lays Into Trump On How He Would Replace Obamacare 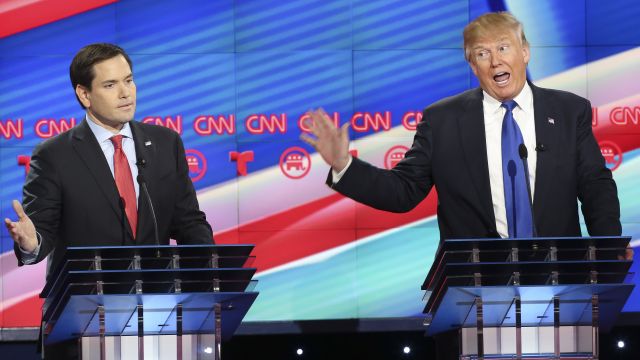 "You repeat yourself every day," Sen. Marco Rubio said, interrupting Donald Trump during the CNN debate.

"I watched him repeat himself five times four weeks ago," Trump said.

"I saw you repeat yourself five times five seconds ago," Rubio said.

Looks like the ghost of Chris Christie's campaign is back in the form of Marco Rubio.

Thursday's debate was the hardest the senator has ever gone after the billionaire.

And it makes sense.

Rubio has yet to win one primary or caucus, and is behind Trump by double digits in his own state.

This video includes images from Getty Images and clips from CNN, ABC and C-SPAN.