Rubio Asked Everyone To Google 'Trump Polish Workers,' So We Did 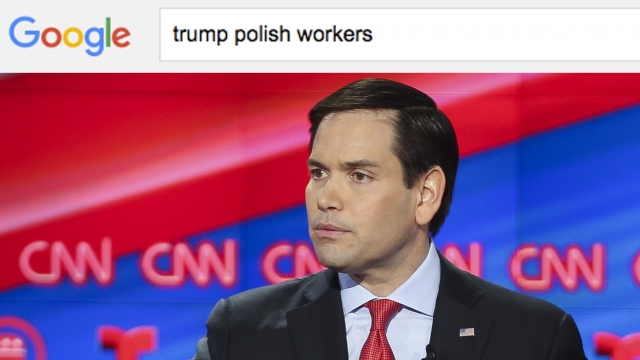 “You're the only person on this stage that’s ever been fined for hiring people to work on your projects illegally. You hired workers from Poland …” Sen. Marco Rubio said.

“No, I’m the only one that hired people. You haven’t hired anybody,” Donald Trump responded.

Trump has denied knowing they were undocumented or underpaid.

“He brings up something from 30 years ago. It worked out very well,” Trump said.

The workers sued Trump. He settled the case in 1999.