Royals Run Past The Mets To Claim World Series Championship 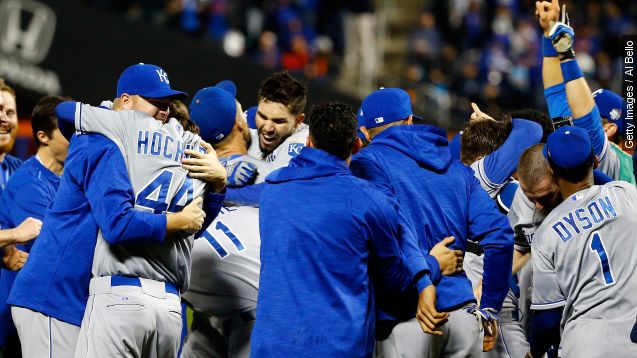 Kansas City Royals fans said they would take the crown, and they finally did.

The Royals captured their second ever World Series title early Monday morning with a 7-2 victory over the New York Mets.

It took 12 innings to decide a winner, but speed once again proved to a killer for the Royals' opponents.

Kansas City's Lorenzo Cain helped start the scoring in the top of the 9th with a stolen base, and Jarrod Dyson followed suit in the 12th.

This is Kansas City's first World Series title since 1985.