Royal Baby Sighting! Our First Look At The New Princess 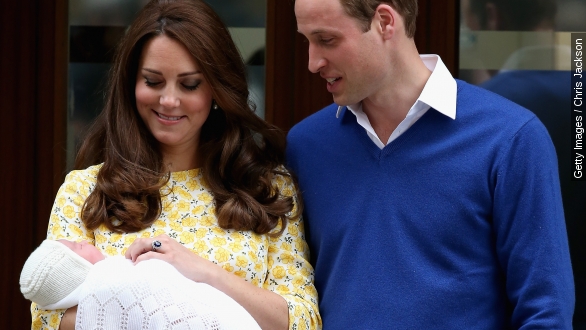 Here she is — the new Princess of Cambridge.

Prince William and Kate stood on the steps of St. Mary’s Hospital to give the world its first glimpse of their newborn daughter.

She looks like a little angel wrapped in an ivory blanket and bonnet and Kate looks absolutely amazing. especially after giving birth just hours before!

Before the royal family left the hospital, Kensington Palace released a statement of thanks, saying, "Their Royal Highnesses would like to thank all staff at the hospital for the care and treatment they have all received. They would also like to thank everyone for their warm wishes."

The same team that helped deliver Prince George also delivered his younger sister. But this time around, the now-parents of two looked much more comfortable. But we still haven’t heard her name.

This video includes images from Getty Images and music by Kevin MacLeod / CC by 3.0.