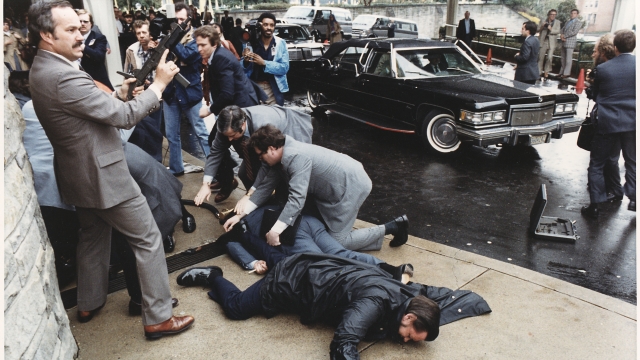 SMS
Ronald Reagan's Would-Be Killer Will Be Freed
By Ryan Biek
By Ryan Biek
July 27, 2016
A federal judge ruled John Hinckley Jr. is no longer a danger to himself or society.
SHOW TRANSCRIPT

On Wednesday, a federal judge ruled Hinckley is no longer a danger to himself or others. The 61-year-old could start living with his mother full-time in Virginia as early as Aug. 5.

There will still be some conditions. Hinckley will be confined to a 50-mile radius, and authorities will monitor his phone, car and online activity. These restrictions could reportedly be phased out if he complies.

The full release has been gradual. Hinckley was 25 years old when he shot Reagan and three others. He's spent roughly 35 years in a psychiatric hospital, but over the past 15 years, he's gotten increasingly long breaks from the facility. In 2013 he started spending 17 days a month at his mother's house.

When Hinckley was found not guilty due to insanity, it was an incredibly controversial ruling. Past would-be assassins targeting presidents have gotten prison terms in the tens of years –– or life.

Yet experts told CBS the gradual release model is common for people who are given the insanity verdict and that Hinckley's high-profile case may have kept him in psychiatric confinement longer than normal.

Hinckley will have to live at his mother's house for at least a year; after that he might be allowed to live alone.

This video includes clips from WJAR, CNN, WAVY, KRQE, ABC and CBS and images from the FBI.