Romney Won't Run: 'Best' To Give Other Republicans A Chance 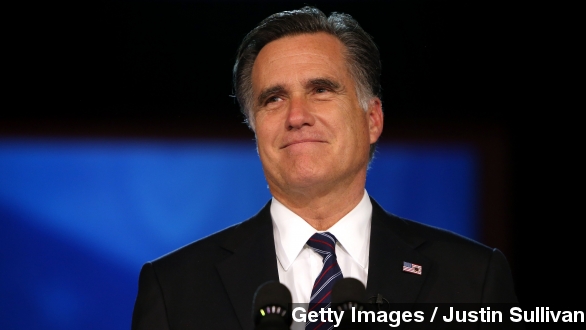 SMS
Romney Won't Run: 'Best' To Give Other Republicans A Chance
By Cliff Judy
By Cliff Judy
January 30, 2015
Romney announced Friday he will not be running for president in 2016.
SHOW TRANSCRIPT

The most recent man to receive the Republican nomination for president announced Friday he's the most recent to decide he won't seek it this time around.

While the implications here are huge for 2016, the decision itself not to run is also surprising considering the campaign-like momentum we've seen out of Romney in recent weeks.

Over the weekend, The New York Times reported several prominent members of the Mormon Church were urging Romney to run a third time, and if he did, his faith would be a major factor and no longer a subject to be avoided.

Bloomberg also noted this speech Wednesday at Mississippi State where he "tested themes" like education and poverty, but was non-committal about his plans.

"Now by the way, you may have heard that I'm thinking of running for president again," Romney said before the crowd cheered.

CNN's political analyst speculated Romney's decision to make an announcement may have been because of the first domino to fall. Jeb Bush announced his intentions to "actively explore" running in December.

"Once Jeb Bush got in, it changed the complexion of the race," CNN's John Avlon said. "That was a real surprise. It also increased the accelerated search for donors. There's a lot of overlap between the Jeb and Romney camps in terms of donors and key support."

If all this sounds a bit early to announce — remember, we're still a year away from the primaries — it's really not in modern politics.

Hillary Clinton announced her exploratory committee for the 2008 race on January 20, 2007, and then-Senator Barack Obama announced his candidacy three weeks later on February 10.

As for Romney, a Bloomberg article posted early Friday morning said there were three factors in favor of a run and two against, and even musings by such a heavy hitter was enough to make everyone else stop and watch. (Video via Brigham Young University)

You can click the link to the article in the text of this story to read more in-depth, but as the Bloomberg writer concluded, "To some extent, Romney’s early rumblings have frozen the field a bit, especially among the monied class which is trying to pick a winning horse to take on [Hillary] Clinton. The ice is about to break."