Roger Goodell Could Lose His Power To Discipline NFL Players 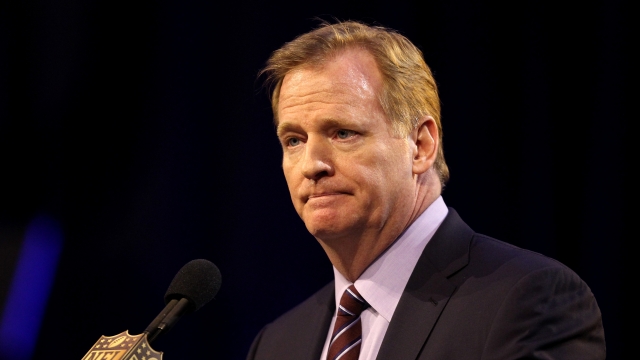 SMS
Roger Goodell Could Lose His Power To Discipline NFL Players
By Matt Moreno
By Matt Moreno
March 15, 2016
The NFLPA and league officials are reportedly working on stripping NFL commissioner Roger Goodell of his ability to hand down punishments.
SHOW TRANSCRIPT

The NFL's recent history of handing down suspensions (and making them stick) isn't good.

"A federal judge overturning [Tom] Brady's suspension that would've benched him for a quarter of a season," ABC reported in 2015.

"I got it wrong in the handling of the Ray Rice matter, and I'm sorry for that," Goodell said in 2014.

The Wall Street Journal reports the NFL Players Association and league officials are "moving closer to a deal" that would strip Goodell of handing down disciplinary action.

Currently, Goodell acts as the judge and jury on disciplinary matters.

One new proposal, according to The Wall Street Journal, is having a three-arbitrator panel review cases and hand down punishments.

"Yes, I am very open to changing my role. It's become extremely time-consuming. … We believe a discipline officer or some kind of panel … would be a better system," Goodell said.

This video includes clips from the NFL Players Association and the U.S. Army, and images from Getty Images.