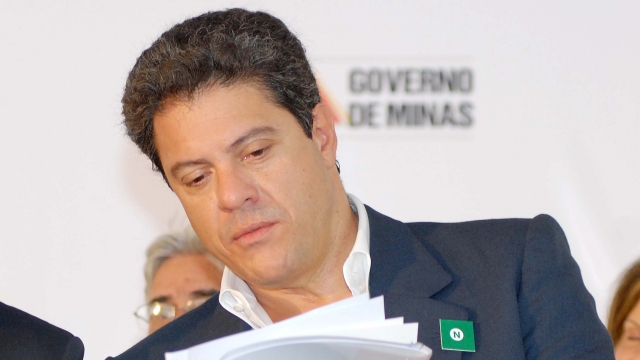 SMS
Roger Agnelli, Former CEO Of Mining Company Vale, Dies In Plane Crash
By Matt Picht
By Matt Picht
March 19, 2016
The crash, which occurred in a São Paulo suburb, killed seven people, including the pilot and Agnelli's wife and two children, according to a source.
SHOW TRANSCRIPT

Roger Agnelli, the former chief executive of Brazilian mining company Vale, died in a small plane crash in São Paulo on Saturday. He was 56 years old.

The plane carrying Agnelli crashed into a São Paulo suburb shortly after taking off, killing all six of its passengers as well as the pilot. Local newspaper O Globo reports Agnelli owned the plane and that his wife and two kids were also on board.

A former investment banker, Agnelli ran Vale from 2001-2011 and helped turn it into one of the largest private mining companies in the world. He eventually left the company to found an investment firm.

This video includes clips from CEV Fono / CC BY 3.0 and Portal Brasil.