Rodents Dream Of The Journey To Their Next Meal 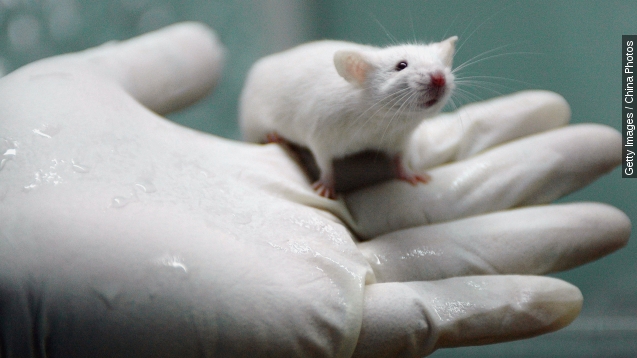 SMS
Rodents Dream Of The Journey To Their Next Meal
By Leah Becerra
By Leah Becerra
June 28, 2015
Researchers at the University College London used food to figure out what rodents dream about.
SHOW TRANSCRIPT

Researchers at the University College London have discovered what rodents dream about.

And it turns out Disney Pixar wasn’t that far off.

In a press release the university said, "When rats rest, their brains simulate journeys to a desired future such as a tasty treat.” (Video via National Geographic)

Think of it like preparing for vacation. You could be so excited about the trip, you might dream about being there well ahead of time. (Video via Expedia)

The research team made the discovery by keeping four rats in a T-shaped pathway. Inside the tiny labyrinth, the rats could see food but weren’t able to get to what we can only assume was cheese.

Then, electrodes used to record the rodents' brain activity while they snoozed, indicated the rats' hippocampus was prepping a path. The hippocampus just also happens to be the area of the brain that "replays journeys" and may also be responsible for the content of some dreams. (Video via TED)

But an author of the study said, "What we don't know at the moment is what these neural simulations are actually for. … Something we'd like to do in the future is try to establish a link between this apparent planning and what the animals do next."

Clearly this study has some pretty interesting findings when it comes to dreams, but it’s also kind of — "Inception"-ey.

If we’re able to tell whether or not an animal is dreaming about a path to the food we’re keeping from them, how far are we away from incepting an idea into an animal’s dreams? Turns out we've kind of already done that, too. (Video via Animal Planet)

That was Steve Ramirez, at the time a 24-year-old neuroscientist at MIT. Ramirez and his colleague Xu Liu successfully planted a false memory in a rat’s brain in 2013.

Don’t worry; no one will be hacking your dreams any time soon. Many — if not all — dream researchers want to use their findings for good; the MIT researchers had planned to tackle psychiatric disorders.