Robots Are Slowly Taking Over The Job Market 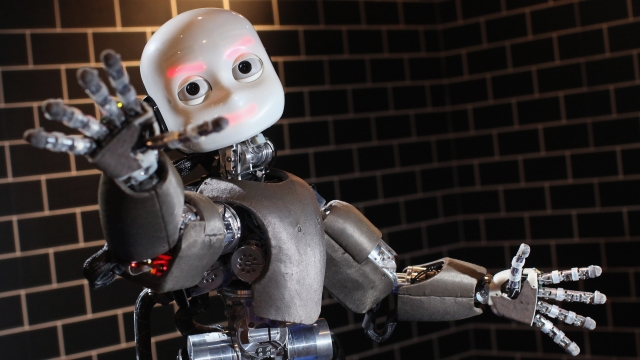 SMS
Robots Are Slowly Taking Over The Job Market
By Lindsey Pulse
By Lindsey Pulse
September 17, 2016
Robots are predicted to take 6 percent of U.S. jobs by 2021, but what happens to the people who get laid off?
SHOW TRANSCRIPT

Robots are taking over the work world, but that doesn't mean machines will take everyone's jobs — for now.

A study by Forrester Research found 6 percent of all U.S. jobs will be replaced by robots by 2021 — starting with those in customer service.

Forrester found that eventually, robots will take over most craftsmen and factory jobs. They'll also come for taxi and truck drivers. Uber is already at the forefront of that innovation.

And while these robots can be good for companies looking to cut costs and increase efficiency, where does that leave employees who get the boot?

The argument for a more automated workforce is that it will create new jobs in robot creation and robot management.

But that argument can really only apply to those capable of becoming engineers. Not everyone can create artificial intelligence software.

And there's not a lot anyone can do to stop artificial intelligence from seeping into the work world.

And right now, most robots are pretty basic. They can take commands, like Amazon's Alexa or Apple's Siri. But over the next several years, those robots will learn how to do even more.

That includes the ability to predict human behavior and figure out complex scenarios.

For now, it appears jobs that require physical interaction, like management, are in the clear, along with jobs that can be unpredictable, like construction work — but for how long, we can't really say.