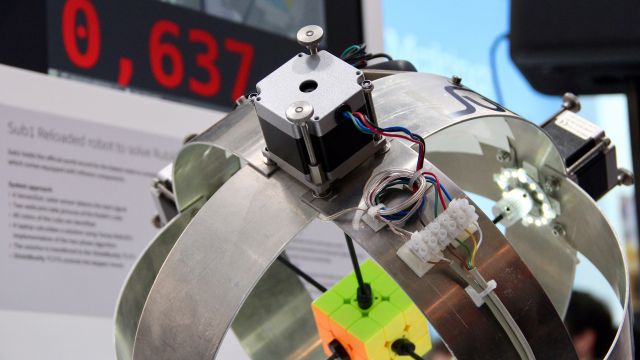 SMS
This Robot Solved A Rubik's Cube So Fast The Human Eye Can't See It
By Tyler Adkisson
By Tyler Adkisson
November 14, 2016
Infineon Technologies just created a robot that broke the world record for the fastest solve by a robot. If you blink, you'll miss it.
SHOW TRANSCRIPT

This is Sub1 Reloaded, the world's fastest Rubik's Cube-solving robot.

The robot set the new world record at 0.637 seconds.

The previous record of 0.887 seconds was set by an earlier version of the same machine.

The new record set by Sub1 is much, much faster than the fastest records set by humans.