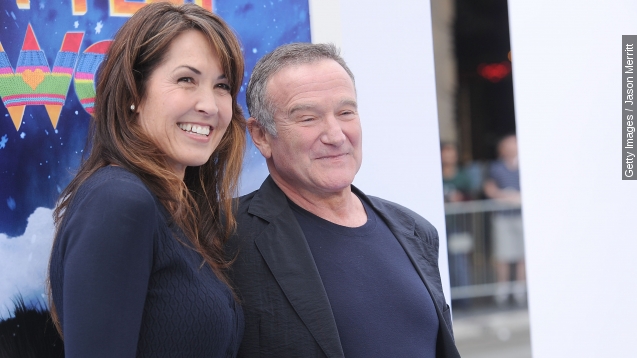 Lewy body dementia, or LBD, is when clumps of protein collect in the brain and hinder function in the nerves.

It's similar to Parkinson's disease, but the dementia doesn't happen right away. LBD can cause hallucinations, confusion and delusions among other symptoms which makes it different from Alzheimer's.

"In November of 2013, he had a little gut pain. Next month, it was another symptom," Susan Schneider said. "It was like this endless parade of symptoms."

She says Williams didn't show signs of being suicidal but says the "chemical warfare no one knew about" was going on in his mind.

Currently, there's no cure for Parkinson's or LBD.

This video includes an image from Getty Images and Jensflorian / CC BY SA 3.0.