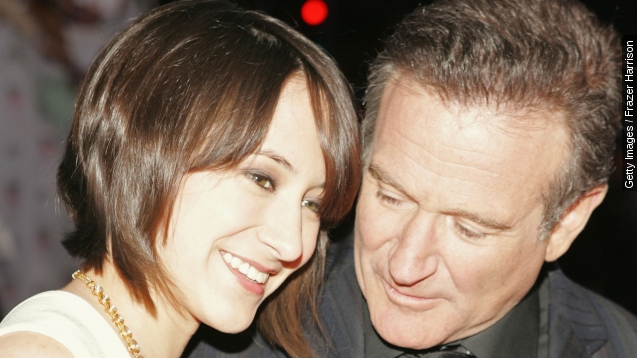 A little more than a year after Robin Williams' suicide, his daughter shared an emotional yet inspirational message about depression and grief.

Zelda Williams shared the touching post on her Instagram account Saturday. It read, in part, "Avoiding fear, sadness or anger is not the same thing as being happy. I live my sadness every day, but I don't resent it anymore. ... For those suffering from depression, I know how dark and endless that tunnel can feel, but if happiness seems impossible to find, please hold on to the possibility of hope, faint though it may be."

And Zelda has spoken out several times about the need for more mental health awareness.

During her first interview after Robin's death, the 25-year-old touched on how important it is to talk about mental health issues.

"Diseases are ... Until we find out exactly how they work, we don't have an explanation.

And back in October, she posted several tweets encouraging her followers to "stop the misconceptions" and support those in need of treatment.

Zelda said last year her father's willingness to open up about his struggle with depression and alcoholism has inspired her to encourage others to speak up.

"If you have things that make you sad ... you should turn them into something that you can express to other people, or in his case make jokes out of it, because it helped him not hide it." (Video via Buena Vista Pictures / "Flubber")