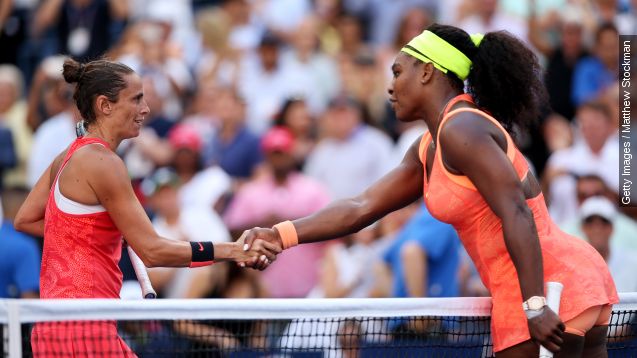 The New York Times describes it as "one of the biggest surprises in tennis history." Not only was it Vinci's first appearance in the Grand Slam semifinal, but she entered the tournament unseeded. (Video via We Are Tennis)

Vinci called the victory "the best moment of my life" during the post-match interview.

And with good reason. She knocked out 21 time Grand Slam winner Williams. This was the fifth matchup between Vinci and Williams, and it's the first time Vinci's walked away with the win.

Vinci will face fellow Italian Flavia Pennetta in the final at 3 p.m. Eastern time on Saturday.