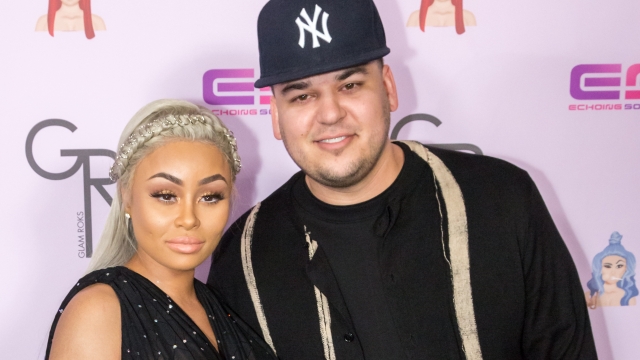 "I fell in love with you because I know how good you are and how loyal you are," Rob Kardashian said to his fiancee, Blac Chyna.

"Are you still texting bitches? Yes or no?" Blac Chyna yells into the phone in the next scene.

The Kardashians have done it again.

After Kourtney, Kim and Khloé had their own spin-off television shows, it's brother Rob's turn.

SEE MORE: Are The Kardashians Smarter Than We Think?

The show is set to include six hourlong episodes plus a special on the birth of the couple's child.

By our count, "Rob & Chyna" is the seventh show from the Kardashian dynasty, if you include the sisters' Miami spin-off as one series as well as "Dash Dolls." That number doesn't include Caitlyn Jenner's "I Am Cait," since a Kardashian doesn't produce the show.

"All right, we're ready," a man off-camera says as Kris Jenner rearranges the placement of her family members in the original opening of "Keeping Up With the Kardashians."

The family got its reality-show start in 2007 with "Keeping Up With the Kardashians," which is now in its 12th season.  At the time, all people really knew was Kim was Paris Hilton's friend and the star of a leaked sex tape.

The shows, which family members can thank momager Kris Jenner for, have arguably made each family member a household name and led to deals ranging from clothing lines to cosmetics to smartphone apps.

In 2015, Page Six reported the Kardashians signed a four-year, $100 million deal to stay on E!. But the network called the report "grossly inaccurate."

SEE MORE: Rebel Wilson: The Kardashians Have A 'Smear Campaign' Against Me

No word on how much Rob Kardashian and Blac Chyna will get for their show.