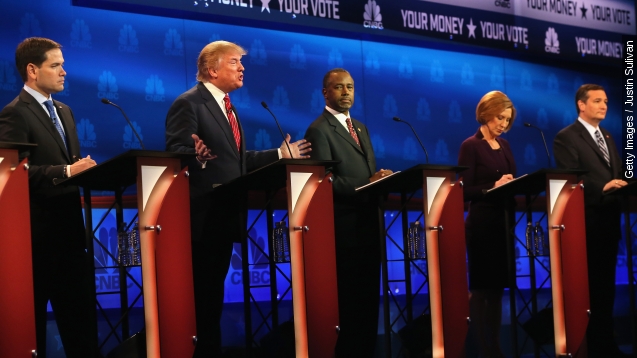 The Republican debates may make it seem like the candidates are at each other's throats.

"He said, 'Oh, I'm never going to attack,' and then his poll numbers tanked, that's why he's on the end, and then he got nasty," Donald Trump said.

But it turns out they all have a common enemy: the networks running those debates.

Representatives from each campaign reportedly met in secret, without Republican National Committee leadership, in hopes of taking greater control over the debate format.

Many candidates have been critical of the debates and were especially annoyed with the most recent CNBC debate.

Right now it seems like the coup is working. The RNC put its chief strategist in charge of coordinating with networks on debates and making sure candidates' demands are heard.

The Washington Post reported any changes would take effect after next week’s debate on Fox Business Network because “people are afraid to make Roger [Ailes] mad,” a source at the meeting said of Fox News' CEO.

Fox Business Network had already tweaked its rules for the upcoming debate — giving candidates more time to answer questions according to a memo first obtained by The New York Times.

It seems like the campaigns are going to get their way in changing the format. In fact, one candidate already says he’s done it before.

“Everybody said it was going to be three hours, three-and-a-half, including them. And in about two minutes I renegotiated it down to two hours so we could get the hell out of here,” Donald Trump said.