Rivals Yahoo And Google Are Teaming Up 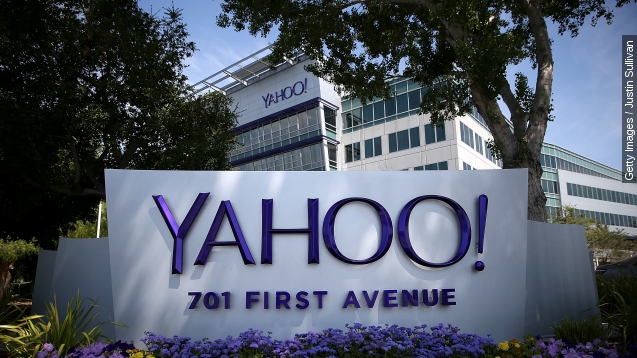 SMS
Rivals Yahoo And Google Are Teaming Up
By Ryan Biek
By Ryan Biek
October 21, 2015
Yahoo announced a new partnership with Google. The way each handles search results and ads could benefit both companies.
SHOW TRANSCRIPT

While giving its third-quarter results, Yahoo announced a new search deal with Google, which has already begun and will continue through 2018. (Video via Yahoo)

Google is set to provide algorithmic search, search ads and image search services for mobile and desktop. (Video via Google)

In its earnings statement, Yahoo wrote the partnership gives the company "additional flexibility to choose among suppliers of search results and ads."

Yahoo still has its own search ad technology and five years left in its deal with Microsoft and its search engine, Bing.

However, Yahoo and Microsoft added a clause in April allowing the partnership to be broken early. Consequently, the first day the deal could be cut short was the same day Yahoo's deal with Google began. (Video via Microsoft)

No one's saying Yahoo will break from Microsoft, though, especially since recent rankings put Yahoo's market share at a fairly distant third place.

And even search engine giant Google is taking all the help it can get, with companies like Facebook selling competing ads that use data that search engines can't access. (Videos via Google and Facebook)