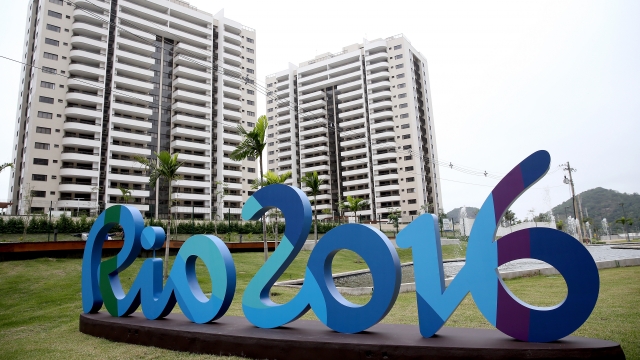 During this year's Olympics, don't be surprised if you see some tired, bleary-eyed athletes competing. It seems like the rooms in Rio de Janeiro's Olympic Village aren't very comfortable.

The first Australian athletes to head to Brazil refused to move into their accommodations, saying the rooms are unlivable. Instead, they're staying in nearby hotels.

Team Australia's spokesman said, "We're having plumbing problems; we've got leaking pipes. ... We did a stress test on Saturday, turned on the taps and flushed the toilets, and water came flooding down the walls."

Instead of offering apologies or solutions, Rio's mayor turned to stereotypes. He reportedly said, "I almost feel like putting a kangaroo in front of their building to make them feel at home."

Kangaroos aside, subpar accommodations are almost as big a part of the games as the lighting of the torch.

SEE MORE: Rio Is Having A 'Financial Emergency' 2 Months Before The Olympics

Before the 2014 Sochi games, journalists had plenty of anecdotes about the bad conditions. Some were told not to use the water on their face, others had to barter for items like door knobs or light bulbs, and stray animals were all around the city.

Now there's concern that Rio's shortcomings might be too difficult to overcome so close to the opening ceremony. The Sydney Morning Herald wrote, "All Olympic cities end up in a last-minute flurry, but from accounts, Rio has left too much to too late."

For what it's worth, the Australian delegation said security for the games seems satisfactory. The Rio Olympics start Aug. 5.