Rio Police Are Giving Up Just In Time For The Olympics 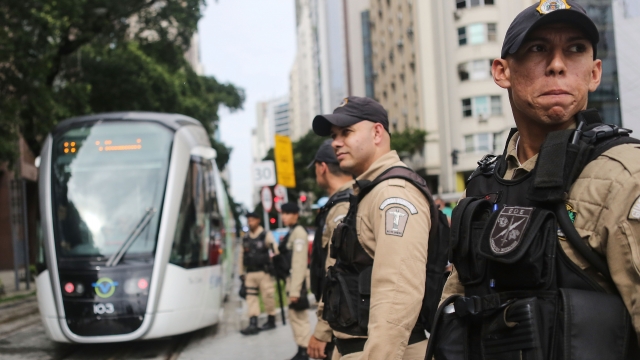 SMS
Rio Police Are Giving Up Just In Time For The Olympics
By Katie Link
By Katie Link
July 5, 2016
Police in Rio say they're underpaid and understaffed.
SHOW TRANSCRIPT

Law enforcement in Rio de Janeiro is sending a message: We can't protect you.

It's a warning meant to receive international attention as thousands of tourists are expected to flood the city for the 2016 Olympic Games.

Police there say they're underpaid and understaffed at a time when violence is on the rise.

SEE MORE: "The Olympics Are Forcing Rio's Poorest Citizens From Their Homes"

But we've heard this warning before, and we've seen how this plays out.

Two years ago when Brazil hosted the 2014 World Cup, crime was rampant at a time when tourists were everywhere.

Embassies and consulates handed out safety reminders urging people not to react or scream in the event of a robbery.

Thousands of officers went on strike demanding better working conditions and higher pay, and violent protests rocked the streets of several Brazilian cities where games were being held.

From a security standpoint, the World Cup certainly wasn't a success. And it seems like in the two years since, Brazil has failed to clean things up.

The Wall Street Journal reports street muggings in Rio are up 43 percent over last year and that foreign media outlets and athletes have already become common targets.