Rio Olympics Are Shaping Up To Be Great For Michael Phelps ... So Far 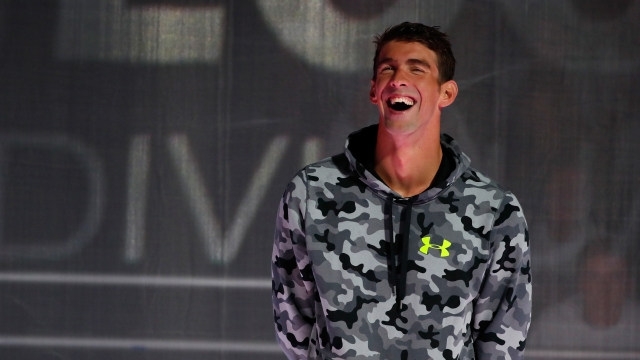 SMS
Rio Olympics Are Shaping Up To Be Great For Michael Phelps ... So Far
By Katherine Biek
By Katherine Biek
August 3, 2016
The U.S. swimmer has already been named flag bearer for the opening ceremony and captain of the men's swim team.
SHOW TRANSCRIPT

But before the competitions even begin, this year's games are already shaping up to be pretty great for swimmer Michael Phelps.

Team USA announced Wednesday the most decorated Olympian in history had been selected as the country's flag bearer for Friday's opening ceremony.

SEE MORE: Michael Phelps Didn't Even Want To Go To The 2012 Olympics

Phelps, with 22 medals over his Olympic career, is only the second swimmer ever to carry the American flag in the history of the Summer Olympics.

And despite Rio being his fifth Olympic games, Phelps was named captain of the men's swim team this year for the first time.

Phelps, who is the first U.S. male swimmer to compete in a fifth Olympics, will first swim in the 200-meter butterfly on Monday.

This video includes clips from NBC, KTBC and Under Armour and images from Getty Images. Music provided courtesy of APM Music.