Rio Olympic Athletes 'Will Literally Be Swimming In Human Crap' 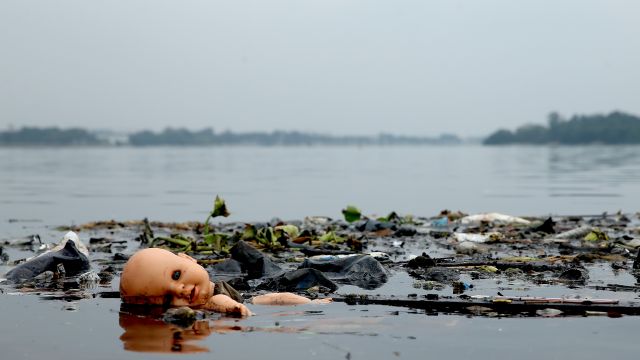 SMS
Rio Olympic Athletes 'Will Literally Be Swimming In Human Crap'
By Matt Moreno
By Matt Moreno
July 28, 2016
The Rio Olympics are just days away, and officials say those competing in outdoor water events should keep their mouths closed.
SHOW TRANSCRIPT

If Olympic athletes weren't concerned with getting the Zika virus or being mugged, here's something else to add to the list: toxic water.

Yes, the 2016 Summer Olympics are already really, really gross — and they haven't even started yet.

On top of all of the Olympic village housing issues, officials are telling athletes to keep their mouths closed when in Rio de Janeiro's water to avoid getting extremely sick.

The New York Times reports Guanabara Bay, where the games' sailing and windsurfing events are set to be held, is more contaminated with toxic pathogens than previously thought.

A local pediatrician who works in impoverished communities told the Times, "Foreign athletes will literally be swimming in human crap, and they risk getting sick from all those microorganisms."

The bay was supposed to be cleaned up a long time ago. It was part of the deal made when Rio de Janeiro was first awarded the games several years ago, but from the looks of it, that hasn't happened.

Estimates in 2014 said that 70 percent of the city's waste is diverted to the body of water. Researchers also found evidence of antibiotic-resistant "super-bacteria" in the bay.

This video includes clips from PBS and CNN and images from Getty Images.